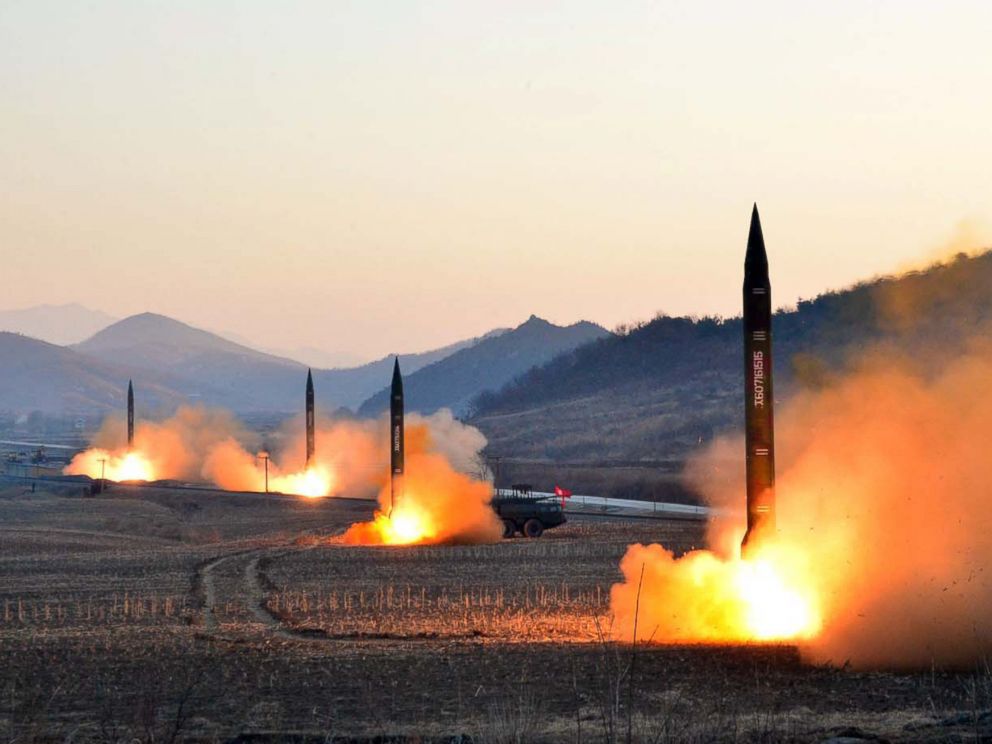 (Also in French) – Before 2017, the DPRK’s ballistic and nuclear threat was real, but the US administration played down its urgency, insisting that any talks with Pyongyang would center on a “complete, verifiable and irreversible denuclearization”. However, within less than two years, Kim Jong-un’s regime tested three nuclear devices and dozens of ballistic missiles of different configurations and range. By September 2017, the DPRK had demonstrated both an intercontinental and nuclear[1] capability. Worryingly enough, it managed to do this in spite of a series of United Nations (UN) sanctions of unprecedented scope and magnitude. As it unfolded, the North Korean crisis faulted virtually all non-proliferation regulations and initiatives.

In the present situation, so-called “freezing” agreements would change little in Pyongyang’s capabilities. It is simply too late. Meanwhile, sanctions have reached their limits. Now that the DPRK has reached this technological and strategic threshold, it is high time to re-invest in global nuclear governance. While dialogue with Pyongyang is more critical than ever, it must be complemented by additional efforts in non-proliferation regulation. Now may be the time for an international missile treaty.

The price of negotiating with the DPRK

Since the DPRK became a de facto nuclear power with long-range ballistic capabilities, prospects of a denuclearized Peninsula practically vanished and so did the diplomatic rationale behind enhanced sanctions. It is hard to see under what conditions a regime that staked its survival on its nuclear weapons would agree to abandon them.

Yet, for all the wrong reasons, dialogue with the DPRK is now more critical than ever. The crisis has become one of the main irritants in diplomatic relations among great powers and a major hazard in both regional and global stability. With the voting of vastly reinforced sanctions by the UN Security Council, the crisis evolved into a litmus test for the international community’s policy of sanctions. Moreover, it is likely that Kim Jong-un’s regime would continue its provocations until it feels its nuclear power status is recognized internationally – by the US especially[2]. It is also unlikely that increased isolation would prevent it from escalating the crisis. After all, brinkmanship is the DPRK’s main international currency.

In this context, the US and its partners and allies face two dilemmas. The first is that while they cannot stay passive in the face of North Korean threats and provocations, their leverage over Pyongyang is limited. Sanctions have not brought North Korea to the negotiating table. Meanwhile, fiery rhetoric between the US President and the DPRK[3] only entrenched the logic of deterrence and left little room for non-proliferation talks.

The second dilemma is one between principles and realistic diplomacy. On the realistic side, since North Korea is now a de facto nuclear power, adjusting to “facts on the ground” and dropping the unworkable demand of a “complete, verifiable and irreversible denuclearization” can appear reasonable. It may even yield successful, localized results. But it would entail dramatic consequences to the global non-proliferation regime and to the regional security architecture. The risk is to send the wrong signal to countries such as Iran and future candidates to nuclear power, to undermine the arms control regime organized around the non-proliferation treaty (NPT), and to endanger US alliances in the region. Many countries are likely to oppose, with good reasons, a deal acknowledging the DPRK’s nuclear status by fear of jeopardizing this mainstay of international order.

The price of a North Korean deal

Only a two-pronged approach can address this conundrum. On the one hand, the priority is de-escalation. There should be regional discussions to put a cap on the current escalation, including a formal commitment to future negotiations. On the other, there should be a corresponding global discussion on the ways to buttress the international non-proliferation regime.

The first leg can be either bilateral or multilateral, or both. Talks ought first to determine the format of substantive negotiations. The crisis has gone too far, and too many stakeholders stepped in to eschew confidence-building measures as a first necessary step. Negotiations with Pyongyang would therefore first require an arbitration on their format, purpose and modalities.

In reaching this early agreement, the Russian and Chinese “freezing” proposal – a freeze on the DPRK’s testing against a corresponding freeze or rescaling of US-Republic of Korea (ROK) joint military exercises – can provide a first debatable idea. Evidently, there is little room for talks in the midst of an escalating crisis.

An equilibrium must be first met to allow for some dust to settle, and such “freezing” proposals could possibly do that. However, they would not actually change anything at both the urgency and salience of the threat.

Another critical prerequisite to the attainment of a negotiation roadmap is the development of a sufficient level of trust. There should be a consensus among the international community that there is a point in talking with the DPRK. That would imply some gesture from Pyongyang indicating that it can accept a complete, irreversible and verifiable denuclearization as a formal objective (instead of a condition) of negotiations, to which US administration would also subscribe.

While extremely complex – and far removed from existing conditions –, this first leg should be complemented by another complex endeavor. In the current situation, in almost all realistic scenarios, negotiations with the DPRK would bend – possibly undermine – the principle of non-proliferation, as inscribed in NPT and in all United Nations Security Council (UNSC) Resolutions condemning the DPRK’s ballistic and nuclear programme since 1993 (and Resolution 825).

In parallel to any efforts geared toward Pyongyang, there should thus be increased efforts at reinforcing what the North Korean crisis is imperiling: the principle of non-proliferation and its corresponding political and legal underpinnings. In this second endeavor, the US cannot be neutral. It should even lead. An immediate first step should be for Washington to ratify the Comprehensive Test Ban Treaty (CTBT). Signature of the CTBT by the DPRK should also be a condition to any substantive discussion, once a format is agreed upon. It would consolidate the gains obtained if a “freezing” agreement is eventually reached.

A parallel discussion should take place about disarmament commitments by the permanent members of the UNSC (“the P5”). These commitments are at the core of the NPT, and the P5 would do well to symbolically endorse, one way or another, the Treaty on the prohibition of Nuclear Weapons.

A particularly welcome development would be that a coalition of states, possibly led by one (or more) of the P5, draft an international missile treaty. While missile technology is widely recognized to be an important source of concerns, there is as of today
“no universal norm, treaty or agreement governing the development, testing, production, acquisition, possession, transfer, deployment or use of missiles”[4]. The North Korean crisis is a strong reminder of the need to fill this gap, since the DPRK has historically been one the world’s main proliferators of missile technology, and its illicit trade networks still run wide and deep.

Such a treaty could extend article 3 of the UNSC Resolution 1540, according to which “all States shall take and enforce effective measures to establish domestic controls to prevent the proliferation of nuclear, chemical, or biological weapons and their means of delivery, including by establishing appropriate controls over related materials […]”, to illicit use by state parties. It should thus define a much-needed sanction regime for UN member states that fail to implement due diligence measures in their domestic controls over missile technology transfers.

Such a treaty could use the Hague Code of Conduct against Ballistic Missile Proliferation (HCoC) as blueprint, and the annex of the Missile Technology Control Regime (MTCR)
for definitional purposes. It would streamline existing rules and procedures pertaining to missile technology transfers and monitoring in a coherent, ideally legally-binding, fashion. As such, it would serve a triple purpose: firstly, to signal a sustained commitment to non-proliferation commitments at a time of increased stress. Secondly, to reinforce non-proliferation measures directly applicable to the North Korean crisis. Thirdly and more hypothetically, to offer a middle-range conditionality for substantive talks with the DPRK.

While denuclearization can no longer be the condition for talks with Pyongyang to resume, it can remain an objective – and it should. Trading principles for policy gains is a localized gamble: what can be expected from negotiations with Pyongyang will come at a cost for the principle of non-proliferation.  A way to both address the North Korean crisis itself, and its consequences on the global non-proliferation regime, is to lead a two-tracked diplomatic endeavor. On the one hand, pursuing a coherent North Korean policy that leaves room for diplomacy to set in. On the other, sponsor a high-profile initiative in the global discussion on non-proliferation. Our suggestion is to advance on several fronts – including CTBT universalization – and come up with a new idea. Concretely, this could take the form of an international missile treaty, building upon the HCoC and MTCR, and on other non-proliferation measures directed at WMD means of delivery (UN Resolution 1540, PSI, etc.). Provided, of course, that it is not already too late.

Bruno Hellendorff is Research Fellow at the Group for Research and Information on Peace and Security (GRIP), Brussels.

Negotiating With North Korea: Now may be the time for a missile treaty 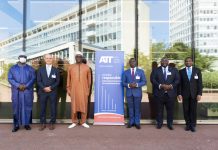 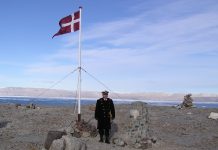 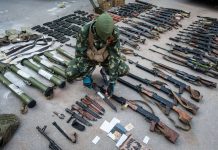